I is a living book that is growing by the day. Get FREE access to additional content now.

From I, The Book:

When “I” is going through the same patterns, repetitively, what does a new normal look like? When does this change happen if not now?

In a world of vibration or as Quantum Physics postulates a world of chaotic probabilities, in such a world, all is possible but for the limitations that the observer, the “I”, is imposing …to itself.

In this realm of infinite possibilities, beyond the existing patterns that are playing on auto-pilot in “I”‘s experience, “I” can always choose a new path. In other words, it can make a new choice that opens a new series of vibrational probabilities for it to go through. It, therefore, leaves the ‘renowned earth’ or existing set of patterns and steps in a new set of probabilities and situations, hopefully enthusiastically.

This stanza also opens on the important fact that what we call ‘reality’ is less tangible than one would expect and believe. In other words, should “I” make a new choice, it is automatically set in the circumstances necessary for that latest choice to manifest.

In the world of vibrations, nothing is set in stone… until it is. When composing a symphony, you rarely jump from one melody to another one, you ease into the new pattern so that it is part of the overall coherence of the symphony being played.
Likewise, when a new choice is made, opening the door to a different set of situations that were not available before that choice (aka. the new normal), this new set will present itself several times within the scope of the existing normal for “I” to confirm its choice before it becomes fully active.

Therefore, an important aspect of this process is to use one’s will and continually be consistent from the choice onward while the new normal establishes itself as the new norm in one’s reality.

The above-mentioned process only happens in the Now moment. It cannot exist beyond it, therefore invalidating the need for a Past or Future for this natural metamorphosis to occur.

GET I, the book 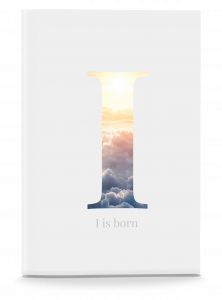 Choose harmony in your life and start your journey towards more coherence and alignment in your day to day.