Can We Find The Character And Compassion To Open Our Hearts To One Another?

President Obama, former President Bush, and Chief Brown gave some of the most eloquent and poignant eulogies for all the fallen at the Dallas Memorial. Gabriela invites us to exercise our compassion and to accept the power we have to change the world through our thoughts, feelings, and words. 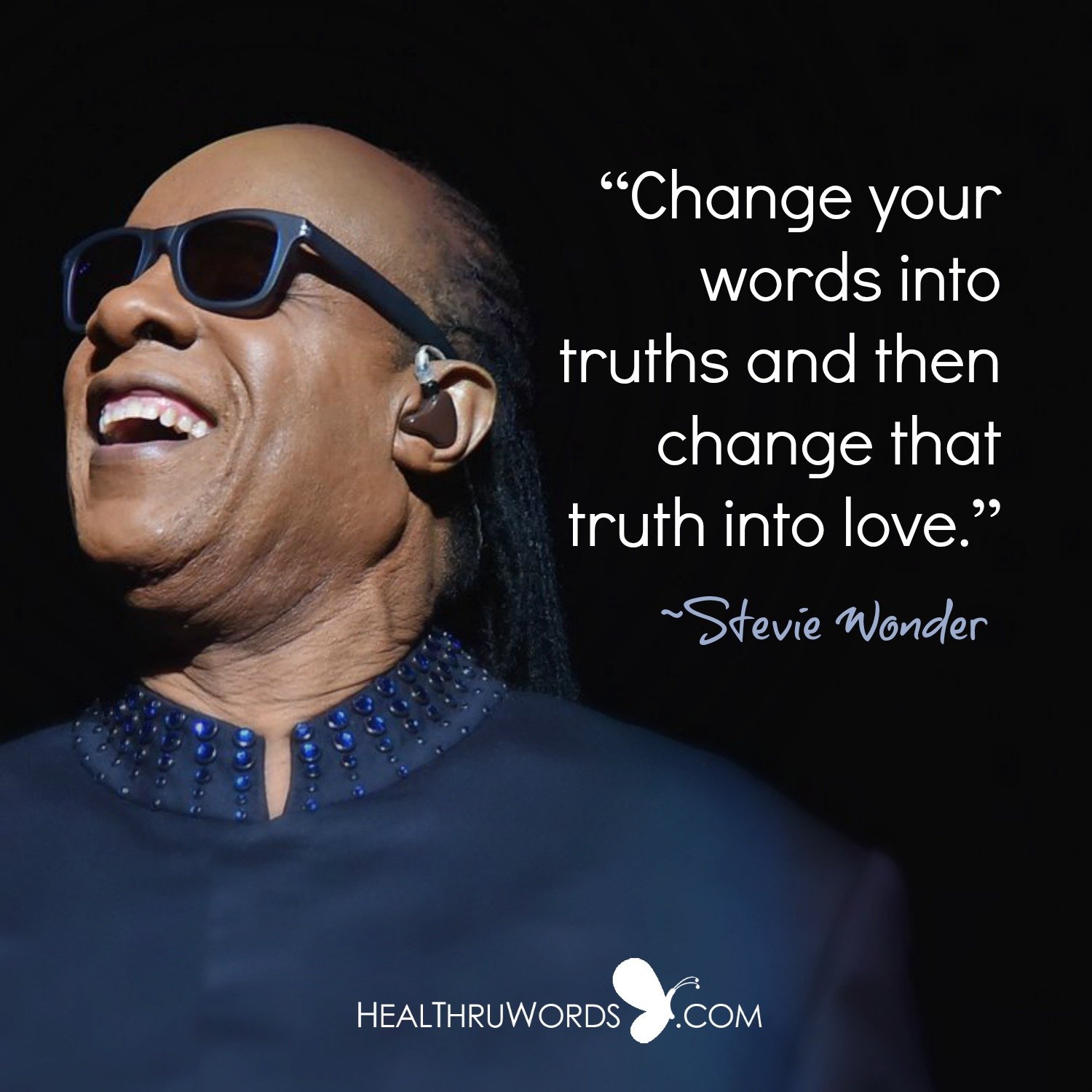 The America I Remember: A Country Of Respect, Compassion, And Tolerance

Everywhere that I have lived in my life I’ve always considered it a blessing at that point in time. It’s as if there has always been a protective cocoon surrounding every step taken. From being raised a happy child in Uruguay, to growing up until my mid-twenties in the United States and finally adopting the old continent as my home for twenty years in pristine Switzerland; that protective shield was always there. And today I find myself in another piece of heaven on earth called Sedona, Arizona.

I’ve not only considered myself blessed throughout my life; I often tell those around me that I must certainly have been born under a lucky star.

Born in another country and then adopting two other countries as my own and fully immersing myself in all these incredibly rich and different societies and cultures helped to make me the person I am today.

I’ve always made it a point to surround myself with positive people and when put in a negative situation would give it my all to make sure that it would turn into a positive. At times it took a bit of perseverance and always with the hope of a great outcome for all involved.

Conflict was fortunately relatively far from me. Which I imagine makes me quite naive. Yet I still hold out hope that we can resolve anything through simple dialogue and just a bit of understanding.

Even In Case Of Conflict, Compassion Remains…

Take my family for instance. I would be considered the black sheep. Dad is a non-wavering Republican and Mom has her moments but is more apt to looking at both sides of the coin. I have tended to look at what is being said and make the best decision from that point forward. Voting has never been an issue with me whether it would be for the Republican, Democratic or Independent ballots. And despite being the odd man out, my family respects my views as I respect theirs. I’m not going to lie and say there aren’t heated moments where I have to step away and leave the room for a moment. But we always come back to let each other know that we love each other, and care for one another, and that, tomorrow, will be another magnificent day.

I still believe that this may be perceived as naive. But wouldn’t it be wonderful if we all could take that extra step and just sit back and be more tolerant? Is it a stretch to consider that we, humans, could be more compassionate in our day to day lives?

When I returned to the United States after living in Switzerland for what I consider practically a lifetime, the changes were overwhelming to me. So many new things that I needed to learn all over again. I was like a small child trying to find my way. I am very lucky that I have this wonderful family who is there to catch me when I stumble. And they help me to be a stronger person. And they allowed me to take the time to re-learn. There have been a few bumps on the road and there have been some glorious moments.

Are Kindness And Humanity Our Main Traits?

It is the non-glorious moments that have had me questioning what has happened since I’ve been back.  And what I found to be the most devastating is the sheer sense of lack of respect and compassion that we seem to have for one another. I just didn’t recall this about being an American.

I remember recently driving in Scottsdale and watching an elderly man crossing the street and stumbling and falling on his face as his glasses flew off from the violence of the fall. And I remember seeing people walk right past him and no one and I mean no one went to help him. So much indifference and cruelty where compassion and charity should have been expressed!

I wasn’t able to get out of my car because there were cars coming at me full speed and I would have not only put myself in danger but others around me. And so I sat there furious that I couldn’t simply get out of the car to help this fragile man up. He finally managed to gather himself and limped across the walkway. I think that’s when I began to look around me and realized just how much the world had changed.

The cocoon I live in is still very much in place because I’m amongst the lucky ones but where did the compassion for mankind dissipate to the extent that we have become so afraid?

Of everything. Of a fragile old man.

We see this way too much today. A complete lack of respect, care, and concern, from the very young to the very old. And so when I go to Saint Louis and hear how we have to avoid certain neighborhoods or when I’m in Phoenix and wonder why there is a sniper randomly shooting at and killing people, then I begin to understand that my cocoon is getting smaller and smaller.

And when I learn on a Thursday evening that a completely insane individual decided to take five people’s lives that had taken a vow to serve and protect all of us, then my perfect little world simply comes crashing down.

For a split second.

Because as I always tend to do, I wasn’t going to let evil win. And so I began to send love to everyone around me.

Our Leaders Truly Believe In Compassion And The Power Of Words

President Obama, former President Bush, and Chief Brown gave some of the most eloquent and poignant eulogies for all the fallen.

President Obama asked, “Can we do this? Can we find the character, as Americans to open our hearts to each other?” And he recalled a passage from the bible, “I will give you a new heart and put a new spirit in you. I will remove from you your heart of stone, and give you a heart of flesh.”

Isn’t it time that we used our hearts because as Mr. Obama stated so effectively, “with an open heart, we can learn to stand in each other’s shoes and look at the world through each others’ eyes. With an open heart, we can abandon the overheated rhetoric and the oversimplification that reduces whole categories of our fellow American to not just opponents, but to enemies.”

And Chief Brown used the power of music by citing one of the most beautiful lyrics written by an amazing being, Mr. Stevie Wonder, “Change your words into truths and then change that truth into love.”

I’m just a naive human who believes that this is possible. I believe that compassion is not only a possibility but a must. Perhaps it’s why my path led me to where I am today with a group of people who innately believe that words hold immense power.

And even though I may be considered naive, I am going to continue on this path and will make it my purpose to spread positive words to as many human beings possible. Because at the end of the day, we’re the ones that have been put on this earth to make something positive of it.

At least, that’s the legacy that I would like to leave behind.

HealThruWords® uses its heart-powered Encoded Healing Technology™ to impress the subconscious mind with positive codes of information. EHT™ is a unique technique backed by science and practiced by ancient civilizations thousands of years ago. Words and images are intentionally arranged in ways that enable the conscious mind to imbue the subconscious mind with specific codes, universal human values, and social standards boosting the positive transformation of individuals and, as a result, of the organizations they work for.

Since 2012 HealThruWords® EHT™ 60-Second Mindful Moments have inspired more than 50M people globally and they continue to support the positive transformation of a thriving community of over 200,000 people from more than 100 countries.

Words can be transmitters of negative or positive frequencies. Here at HealThruWords® we believe that for too long words have been used to promote more negativity than positivity. Our purpose is to reestablish natural balance by lowering the negative self-talk of every single individual and its greater community or group.

When a HealThruWords® 60-Second Mindful Moment is read, the words in the message, together with its carefully selected and well aligned visual, activate the Encoded Healing Technology™ progressively clarifying limiting mental and emotional patterns.

“Your work has inspired me to try harder to live, I had given up on myself in this horrible nightmare, now I have hope, thanks.” ~Philip

“I want to thank you for all the HealThruWords quotes. I have changed so much in a positive way and all thanks go to you. Today is my birthday and all my friends have appreciated my thoughts this is the best gift. They told me how much positivity I have and they also want to change themselves.” ~Rimsha

“It made me realize that I am not alone and it stopped me from taking my own life.” ~Luvie

“HealThruWorlds has reminded me daily to simply live life to the fullest, to allow myself to simply learn and grow and to continue to inspire others to do the same.” ~Michael

“Being more positive and honest with myself has allowed me to grow and enrich my experience and take charge of my life and health.” ~Beth

“You did heal me by your words. Thank you.” ~Albert

“Words are powerful, both those we tell ourselves and those we say to others. What a wonderful gift this program is and I am so very grateful for it.” ~Anne

“We have to thank you because you are healing our minds through your words.” ~Ali

Back to your Mindful Moment...

Warning: Use of undefined constant HTTP_HOST - assumed 'HTTP_HOST' (this will throw an Error in a future version of PHP) in /home/simplyfl/public_html/healthruwords.com/wp-content/plugins/shortcodes-ui/shortcode-maker.php(765) : eval()'d code on line 1

Warning: Use of undefined constant REQUEST_URI - assumed 'REQUEST_URI' (this will throw an Error in a future version of PHP) in /home/simplyfl/public_html/healthruwords.com/wp-content/plugins/shortcodes-ui/shortcode-maker.php(765) : eval()'d code on line 1


Warning: Use of undefined constant HTTP_HOST - assumed 'HTTP_HOST' (this will throw an Error in a future version of PHP) in /home/simplyfl/public_html/healthruwords.com/wp-content/plugins/shortcodes-ui/shortcode-maker.php(765) : eval()'d code on line 1

Warning: Use of undefined constant REQUEST_URI - assumed 'REQUEST_URI' (this will throw an Error in a future version of PHP) in /home/simplyfl/public_html/healthruwords.com/wp-content/plugins/shortcodes-ui/shortcode-maker.php(765) : eval()'d code on line 1